The Mayor of Portland 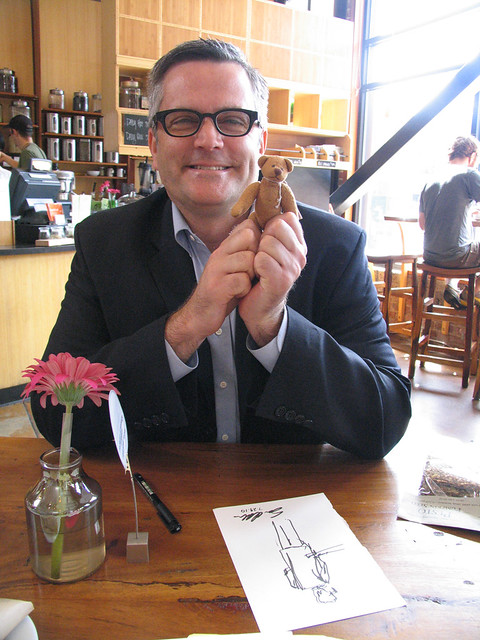 Guessed who managed to sketch and meet the Mayor of Portland on the opening morning of the Symposium?
(BTW, now that I am finally home I will start uploading my symposium photos)

And here is my sketch… 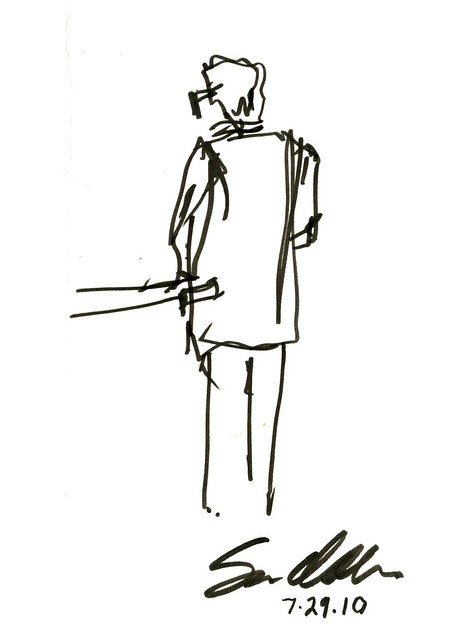 The story behind it… First morning of the Urban Sketchers Symposium I was doing Urban People with Veronica. We sketched people in Powells books for a few hours. I was certainly not in the groove – many of you know that I don’t really like drawing people so to do that session first up was a little brave – plus we had just been given the USK moleskine so I was having a bit of a sketchbook crisis. Anyway, after the session, Robbie (a local) suggested we go around the corner to a yoga studio which had a great organic café. While I was sketching my food (as you would expect) he suddenly commented that the Mayor was ordering a coffee. I didn’t even think – just picked up my brush pen and scribbled this in seconds – something I would not have attempted if it had not been for the fact that I was just sketching people. Sam then came over, signed the sketch and posed with Borromini!

What a crazy start to the Symposium for me!