I hope you realise that I am scanning only SOME of my Rome sketches at this stage… still lots of pages still to go. Trying to find some non-Baroque facade sketches…. 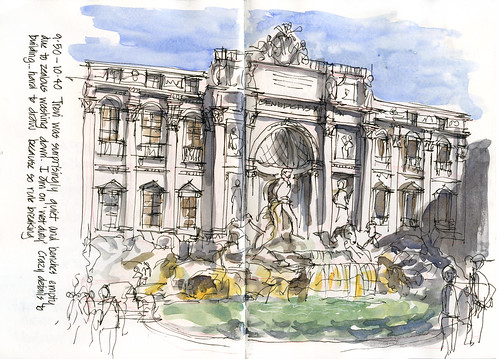 Do I need to say anything about this (of course it is the Trevi Fountain)- except for the fact that there was hardly any tourists that blocked my view the whole time I sketched. Early morning is the key – plus have a plastic bag to sit on as they give the bench seat a real drench and they were very wet. 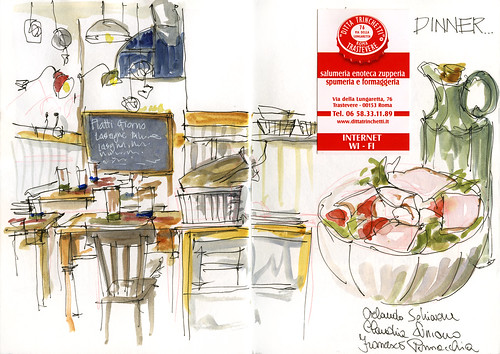 A great place to have dinner – I went back twice (free wifi was a bonus) great food and staff – who made friends with the bear! 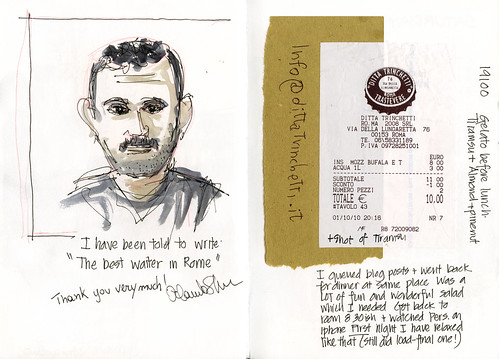 Ok- big moment… I drew a portrait on demand- and the guy was pulling faces and making silly comments the whole time (I don’t think he was serious about the ‘marry me’ part). He was hassling me all night to sketch him so I thought that If I didn’t give it a go when I was so in the groove generally when would I ever do it.

Didn’t achieve a likeness but it was a breakthrough that I even attempted this… was under a LOT of pressure – two or three other people looking over my shoulder as well! 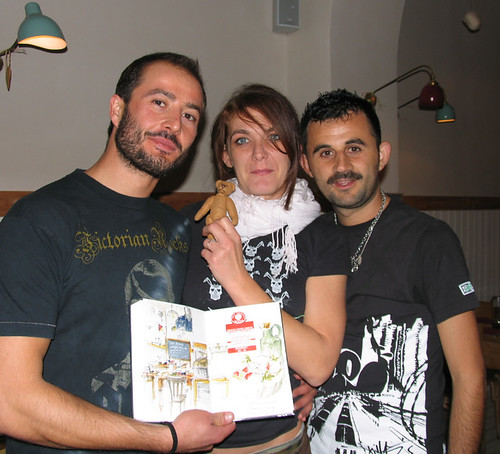 Here are the bears friends from the place. 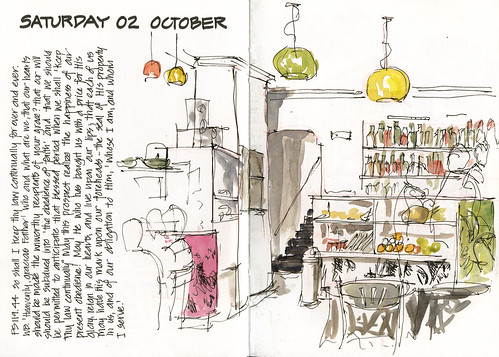 While on food – Sketch of where we had breakfast every morning. You know, a sketch with selective details can describe a place better than photos – photos have a tendency to show too much detail – while a sketch is a memory of the nice parts. 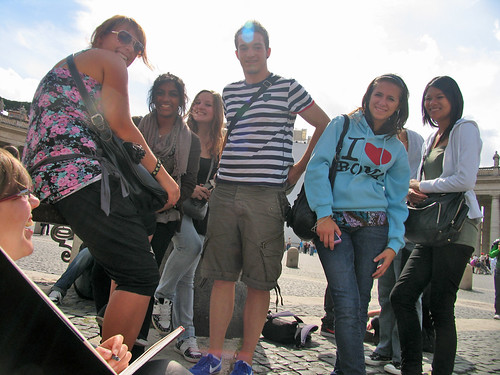 My great friend and traveling companion for 2 of my 3 weeks in Italy, Eza (her real name is Esther- Eza is a joke Australian nickname that I gave her) has just added some of her amazing sketches to her flickr photostream eza2008
www.flickr.com/photos/see_eza/
Please check it out!!! She was working large in the A4 size moleskines.

This photo at St Peters, Rome was taken when a group of French students were looking over her shoulder without saying anything to her but talking about her in French. I surprised the life out of them by swinging around to face them suddenly with my camera and saying “Smile”. I am very happy at how well this photo turned out since I was looking into the sun and it was taken in an instant.