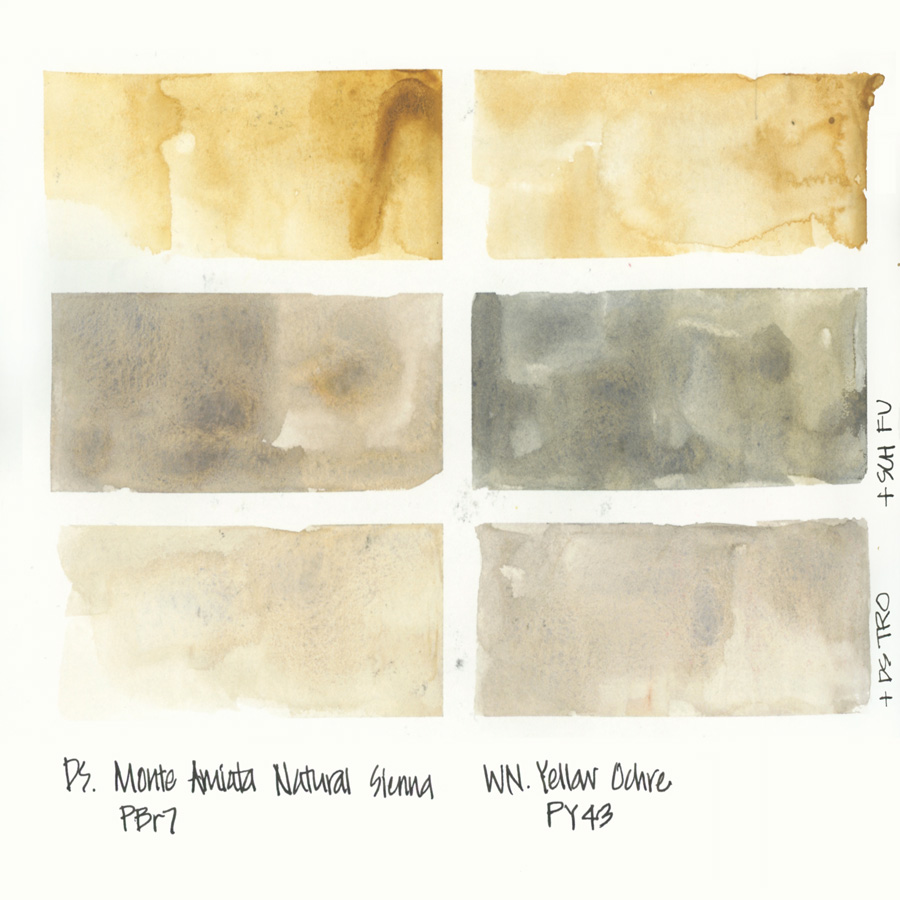 A number of people asked me this question (Yellow Ochre or Raw Sienna)  last week after I shared my new testing palette. It is something that I’ve addressed previously in the ‘Colours in my palette‘ series that I did in 2020. However, it is time for an update (and a separate article) as I’ve made a change.

Last year I wrote the following:

I prefer a raw sienna colour over a yellow ochre one as raw sienna (being slightly more orange) will create grey (rather than green) when mixed with blue. I use my raw sienna paint (in my case it’s actually Monte Amiata Natural Sienna – MANS) in a lot of grey washes and it also works well as a glow on the horizon when doing skies. If you only have yellow ochre in your palette it will be harder to use it for these purposes.

If I only could have one earth yellow in my palette I would choose raw sienna (and specifically MANS) over yellow ochre without question. I’ve not found another raw sienna that has the same beautiful glow which I can get from MANS. It’s the most used paint in my palette so it’s definitely not a colour I can see myself swapping out with something else.

BTW, Another use for MANS  that I didn’t specifically state last year, is that it’s super important for mixing warm shadow areas – either adding it to a mixed grey or dropping it into a wet wash. However, I now have Yellow Ochre as an important part of my palette!

And it’s not only in my testing palette, but also in my everyday palette as well. I squeeze a tiny dob of Yellow Ochre(YO) into the corner of my green mixing well – indicating my major use of it. 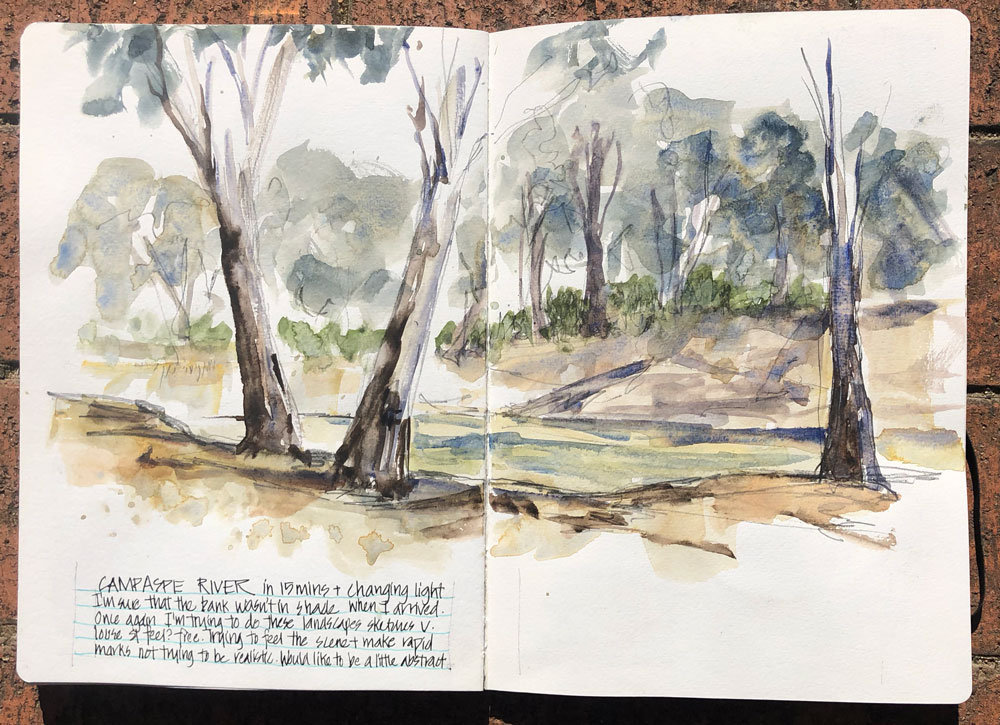 I started using YO during my recent road trip for the yellow grass and the eucalypt trees of western NSW, VIC and ACT. At the end of the first week, Chris Haldane mentioned that she had been using her YO quite a lot so on the following Monday I visited an art store in Bathurst and bought a small tube of Winsor and Newton Yellow Ochre. This was the only brand available in the few stores I visited during my trip and loved using it with either SCH French Ultramarine or DS Indanthrone Blue. Last month I did this quick test of Daniel Smith YO vs Winsor & Newton YO and decided to stick with the WN version for the time being. I like that the W&N YO is more yellow and quite different from MANS. But I know that I’ll test out the DS YO more seriously down the track.

I’m sure that there are more uses for YO but at the moment I’m only using it if I’m after a specific hue of yellow or to mix greens!

BTW these colour charts were done inside my everyday sketchbook – a 8×10″ Stillman and Birn softcover Alpha. I love adding colour charts as an ‘element’ to my pages… something I explain inside my Sketchbook Design course – Group Run-through started 4 August – not too late to join!

What version of yellow earth colour do you use? I would love to hear from you – please share in the comment section below.
(If you are reading this via email, please click on the link below and add a comment on my blog – thanks!)