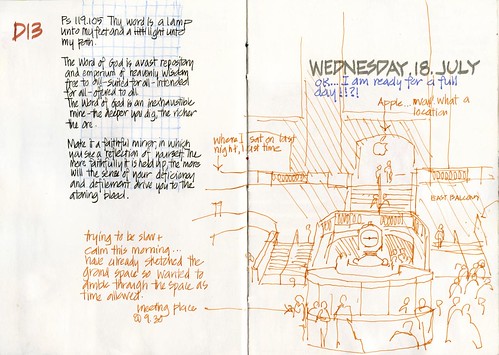 Started fairly early considering my lack of a nights sleep the day before (something that I never caught up!)
Organised to meet Shirley Levine(who was so incredibly wonderful showing me around last visit in 2010) at Grand Central Station and of course I had the intention of getting there a little early to ‘just do a quick sketch beforehand’. 15 mins early wasn’t enough to tempt me on this occasion (a little surprising, I know!) and as I had sketched the grand space in 2010, decided to start with the clock (where we were meeting) and see where my pen would lead me in the time. 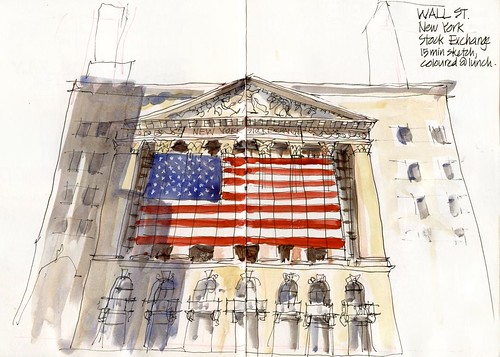 We were a little early for meeting at the 911 memorial so did a wander and sought an opportunity for another quick sketch. I managed the lines in the few minutes but painted later at lunchtime (after doing a little flag research… How are those stars laid out) instead of painting my food (I was VERY hungry obviously!) 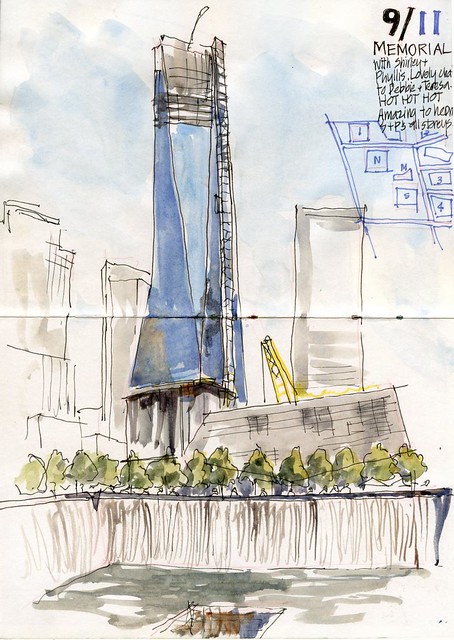 Next we meet Phyllis and went to the 911 memorial. It was a great thing for me to do – not having seen the buildings – and to here my companions stories. The memorial itself is nice(terrible descriptive word I know!) in some ways but I would not say it totally grabbed me. 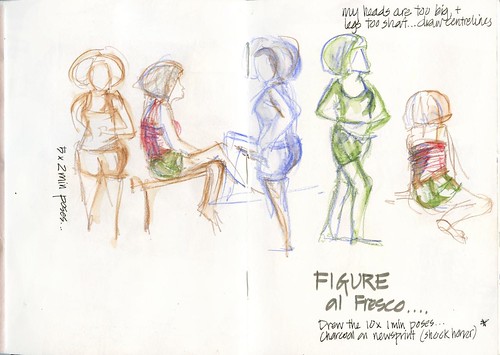 After lunch I joined my friends in their usual Wednesday afternoon outside life drawing class… My text says it all. I am not one for structured exercises/ poses etc as I want to capture the moment or the scene, but I did really enjoy this…. I got bored with the longer poses though…. 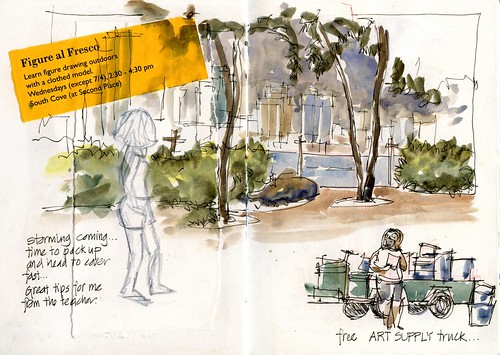 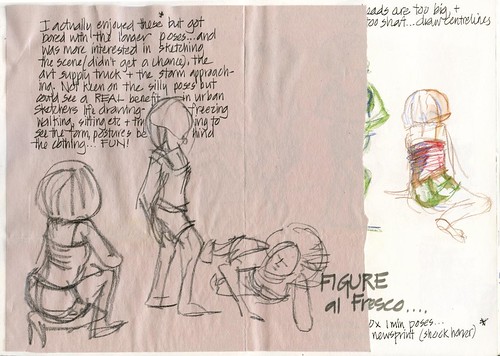 A storm was coming so of course I was more interested in drawing that!!!! Sadly had to rush away from Shirley and Phyllis… Our time together was too short! 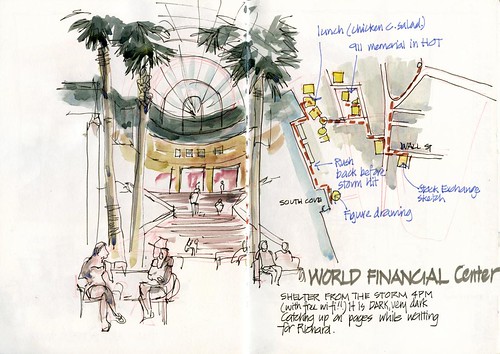 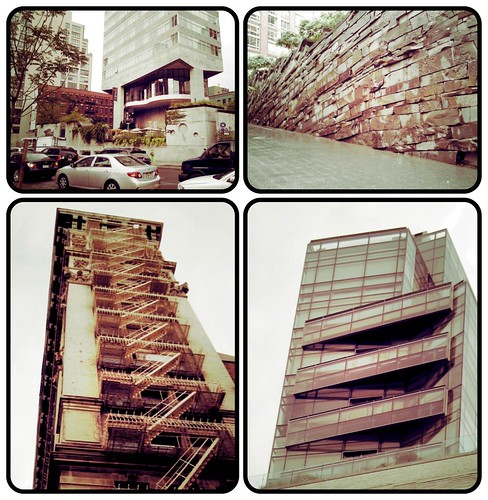 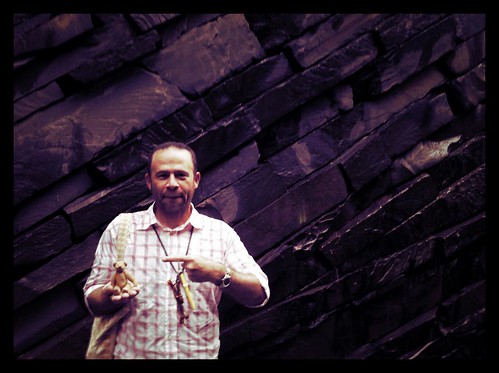 A wonderful evening with Richard Alomar (an urban sketcher who is also a landscape architect) who I met in Santo Domingo. He knew what would interest me- first stop a cup of green tea, then a tour of Tribeca and Soho checking out the architecture ( old and brand new), and some new landscaped areas (such as the amazing teardrop park with an expensive stone wall) and then finishing up sitting on a median strip (on a bench) sketching a challenging art deco building till the light faded away! 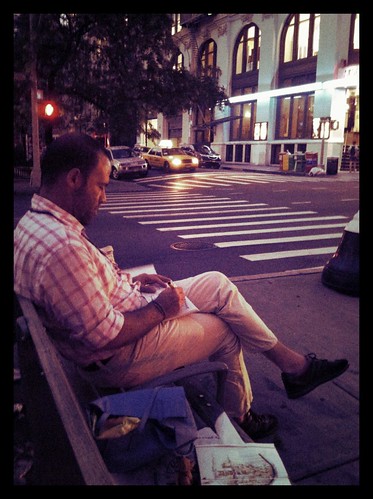 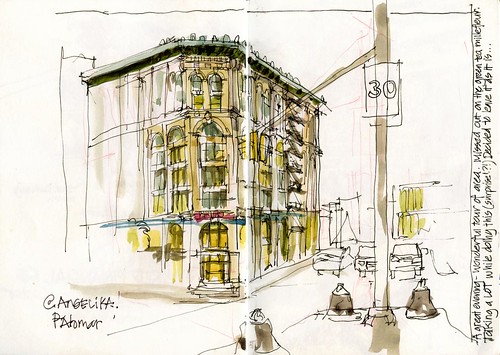 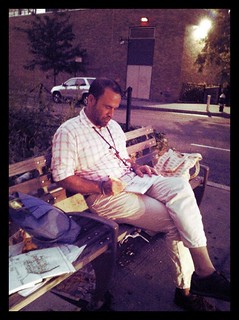 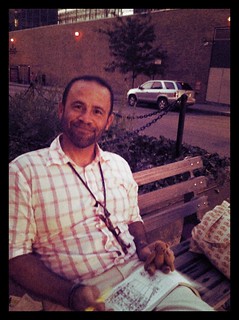 As my notes say, I was chatting probably a little too much to work out what I was doing with this sketch- so I will leave it as it is. Thanks Richard for a great time! 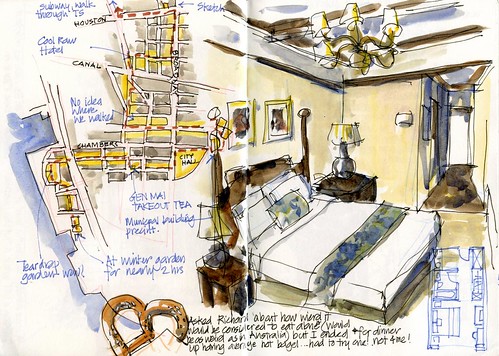 A map page and crazy sketch of my lovely hotel room with great views and even a wee kitchenette.